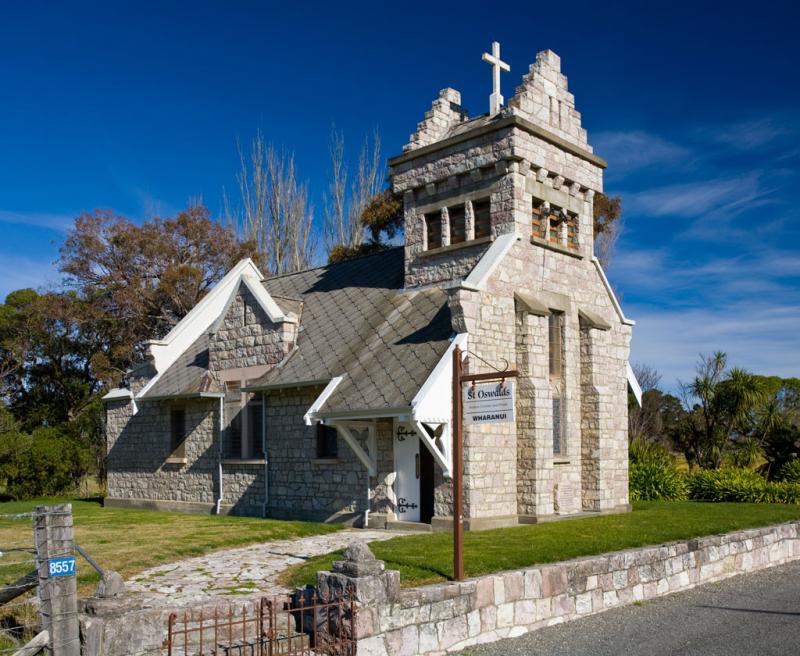 St. Oswald’s Memorial Church was built in 1927, in memory of Charles Hector Heaton Murray, by his parents, then gifted to the Nelson Anglican Diocese. Oswald was king of Northumbria in the mid 600's AD.  Considered a saintly king he was a popular man and was killed young in the Battle of Maserfield.  There lies a similarity between Oswald and their son Charles that Charles and Jessie Murray thought appropriate for the Church they built on their land when Charles died aged 19.

Following the Canterbury Earthquakes 2010/2011 most stone structures built before 1930 throughout the NZ Anglican Diocese became unviable to insure for earthquake damage.

As a result of the November 14, 2016 Kaikoura Earthquake this landmark building suffered significant damage.

we need your help

Funds raised will be used to repair the church to its former glory.